Charter a Flight to Sion Airport

Located in the middle of the Valais Alps in Switzerland, Sion Airport is popular with private jet fliers the year round. Not far from the airport are a range of winter and summer ski slopes and a number of quiet mountain resorts. Compared to Geneva and Zurich, a charter flight to Sion Airport will bring passengers much more quickly to the recreational areas of Zermatt, Saas-Fee and Gstaad. A private terminal, reserved entirely for private jet traffic, provides an excellent service to guests.

History of the Sion Airport

Sion SIR Airport was opened in 1935. In the same year, the Valais authorities commissioned the first aviation school in the Swiss canton. Uniquely in Swiss aviation, the airport is open to both civilian and military flights to Sion. Consequently, the airport serves the Swiss Air Force as a base alongside the regions of Meiringen, Payerne, and Emmen. In addition, the military can even use the adjacent motorway as an alternative runway when needed.

In 1991, an expansion of the airport complex took place, which mainly benefited civilian air traffic. More recently, plans have been put gradually into place to pull the military out of Sion Airport and to carry out the training of combat pilots at other airfields. Under current plans, by the year 2020, the Air Force will most likely have left the airport entirely to civil aviation and will only use it as an alternative base for fighters.

In recent years, the airport has been extensively modernised. This comprehensive programme of modernisation and regeneration, as well as the airport’s favourable location in the midst of the Valais Alps landscape, led to a rapid increase in the volume of charter flights to Sion. Sion Airport is famous for the largest air show in Switzerland, namely the "Breitling Sion Airshow". The Swiss, Italian, and French Air Forces present their feats of daring aerial acrobatics to crowds of enthusiastic spectators.

Sion SIR is not only outstanding because of its proximity to the best ski resorts; the Swiss business centres of Geneva and Zurich are also easily accessible by car. With a helicopter transfer from the airport, passengers can reach their destination even more quickly.

Distances from Sion Airport to:

Whether skiing on the most exclusive slopes, golfing in against an impressive alpine backdrop, or simply conducting business meetings, book a charter flight to Sion Airport to maximise your comfort and save time. The airport itself boasts a state-of-the-art airfield that can process all common types of charter jet.

The following destinations are frequently flown to from Sion Airport:

Located in the middle of the Valais Alps, Sion Airport’s restaurants boast impressive panoramic views over the mountains. Travellers from all over the world appreciate the airport for its convenient location close to the best ski resorts. Private jet passengers will be accommodated in a separate terminal, which includes three VIP lounges and several cafés and restaurants.

Check-in and security checks are carried out in private rooms. Consequently, private jet passengers can travel free of waiting times and the hassle of commercial air travel. A helicopter shuttle is available for your onward journey. Additionally, Sion Airport offers interested parties sport activities such as heli-skiing or parachute jumping as well as training in hang gliding.

Most of the ski resorts and mountain ranges in Switzerland can be reached by car in less than an hour from Sion Airport. Connections from Sion to the mountains are considerably shorter than connections from the airports of Geneva and Zurich. Saas-Fee, Les 4 Vallées, Zermatt, Crans-Montana, Gstaad and Verbier, for example, are all within easy reach of Sion. Car rental companies are located in Sion, three kilometres from the airport. VIP passengers can also book the airport's helicopter for transfers. 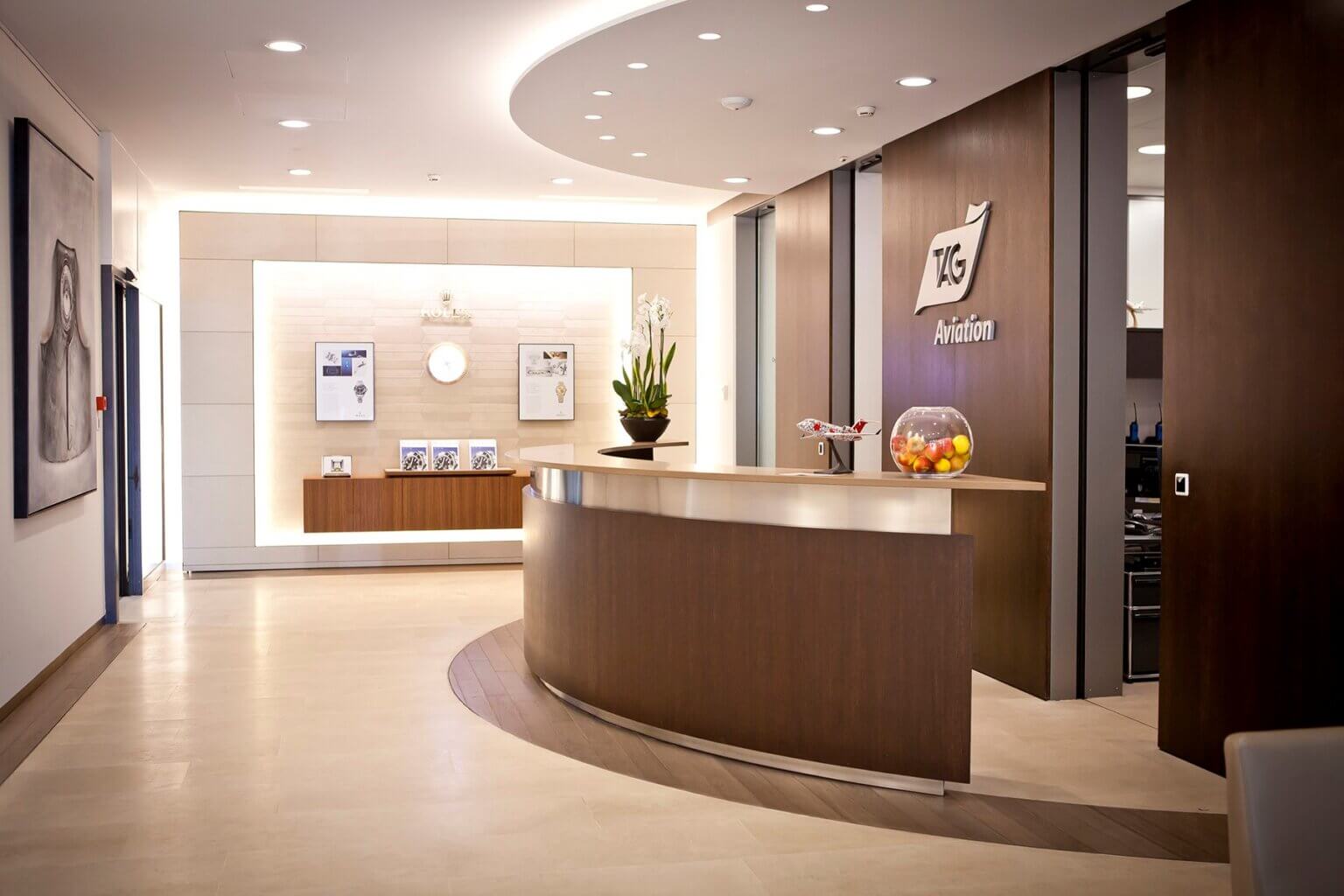 If you want to enjoy a skiing and wellness holiday in the Swiss mountains, Sion is the ideal destination for you. The surrounding mountain villages and ski resorts can be reached quickly by car or helicopter.

Many guests visit Zermatt - the mountain resort is located at the foot of the imposing Matterhorn - where holidaymakers can breathe in fresh mountain air. From paragliding and horseback riding to alpine hikes, Zermatt is also home to numerous exciting summertime activities.

For more experienced skiers, Verbier has demanding slopes and large off-piste areas. In summer, the golf courses in the two neighbouring towns of Crans and Montana are worth a visit with their stunning views of Mont Blanc and the Matterhorn.

The Saas-Fee, located on a mountainous plateau, is practically guaranteed snow every year. Every summer, international star chefs cook at the Davidoff Saveurs-Festival for guests of the resort. There are plenty of cultural delights in Gstaad as well as in Montreux. Classical music enthusiasts can get their money's worth at the Menuhin Festival Gstaad or the Sommets Musicaux de Gstaad. Finally, world-class jazz concerts take place during the Montreux Jazz Festivals.